We all know the delicate tweaks needed to get a sound to “sit” in the mix. The name of this plugin, Lunar Lander, came about from the easiness of getting this task done.

Primarily designed for guitarists or to tame your aggressive analog synthesizers to sit in the mix, but you will find it working well with just about any other sound source. Put it on your plastic sounding soft synth, and crank the saturation up, and transform your Chihuahua synth to a Dobermann Synth 🙂

Try Tap Tempo your bpm and crank up the regenerate knob on the BBD Delay Module and get the track grooving. You can switch the signal path to go first through either the BBD Delay or Plate Reverb.

Try Lunar Lander on Bass Guitar and get that larger than life sound. Do you want that 80s soaking reverb sound? Switch to Plate 3 and you are there in a second. 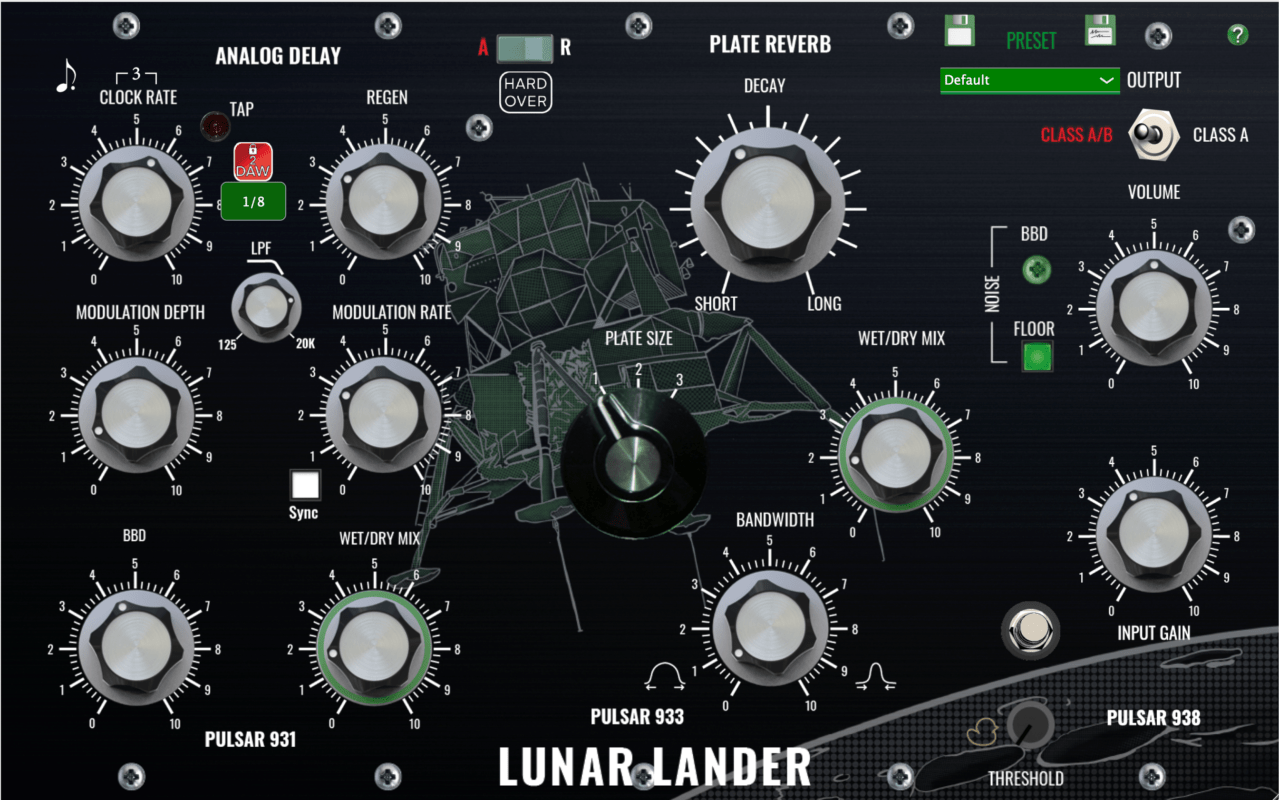 Free with In-App purchases. (AUv3 and Standalone). Scan the QR Code from your iOS device or click on the download icon.