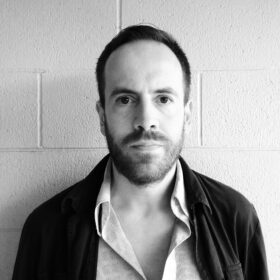 Electronic musician and producer, best known for his multi-layered, deep and melodic music. Ulrich Schnauss has become one of the biggest names in electronic music circles thanks to some intoxicatingly atmospheric productions.

I was excited when I first had the opportunity to use plugins, but ended up not selling my hardware FX Units!

While, for instance, computer Granular Synthesis was a wonderful addition to the sonic palette, their ‘In The Box’ reverbs counterparts seemed to lack the depth of their rack-mount counterparts.

Some years later, a 2nd generation of plugins appeared which managed to catch up in a lot of ways. However, only quite recently, a small but thankfully growing number of developers seem to have begun targeting more ambitious goals, rather than just emulating the sound of certain hardware classics.

At least for me, what applies to ‘real world’ equipment applies equally to DAW soft synths and audio effect plugins. That is, I am not looking for tools that are capable of doing “anything and everything”, but  instead products that do specific things particularly well-  in a particularly original way.

One of my favorite examples is Pulsar Modular. I started with their P900 soft synth a while ago. Even though several  software modular synthesizers since then have appeared on the market ,  P900, I believe, is still the best sounding and most distinctive example of its kind. Similar words can be said about Lunar Lander– a truly unique and therefore an inspiring plugin. By no means, just another modulation effect/plate reverb! Running even just a simple GM sound through Lunar Lander, actually will result in a very usable sound- that’s how much depth and character it adds.