At a time when Bob Moog and others were pioneering the concept of voltage control for oscillators, filters, amplifiers, and more, Bob Moog again broke the mold and conceived a fixed filter bank; no voltage control! This was not an equalizer although it had certain visual characteristics of one. No, the intent of the FFB was to enhance the primary signal, adding harmonics at specific frequencies or removing them at others. This was a time when musicians and engineers were struggling to come to terms with the new synthesizers charging across the music industry and how to employ them in the composing and performing world. Some wanted completely new and never before heard sonic landscapes to push themselves and their audiences into new worlds of musical experience. Others wanted to create more traditional and familiar sounds, while still pushing the boundaries and making use of the new voltage controls, features, and character not available in a traditional “un-plugged” instrument. Some wanted both. Enter the Moog Fixed Filter Bank. A filter which helped composers and performers by allowing them to add subtle or not so subtle resonances to the signal or removing frequency bands altogether. This process, when mixed in with the unaltered, “dry” signal, can mimic the actual behavior of a traditional instrument which has inherent natural, resonant modes due to construction and design. It can also act on its own as a unique and creative source of sound shaping possibilities not available in other filter structures. It’s a wonderful module and addition to any musical composition whether traditional or on the edge.

Of course, musicians are not going to confine their creativity to an intended use! This filter opens up amazing sonic vistas by adding a unique emphasis and bite to a signal. This results in an effect that goes beyond a basic equalizer by adding or subtracting harmonic content to a signal at specific points in the frequency spectrum.

This plug-in of course started with the genius and vision of Bob Moog. The next stage came with the resurgence of analog modular synthesizers and those who were resurrecting the great modules of the past and developing new modules for the future. Several clones of the 914 were being introduced primarily based on active filter design structures. The original structure of the 914, using simple inductors, capacitors, and resistors for the filter cells, has subtle interactions which become lost in the sterile world of semiconductors. These recent efforts were valiant and produced clones worthy of admiration. However, a design based on The original structure was begging to be pursued. A source for inductors was found, the schematics were scrutinized, errors in the schematics from copying were weeded out, circuit boards were designed, and the result was an extremely accurate and faithful copy of the original response as published by Moog in their original owner’s manual, see the 914 FFB page at http://moogarchives.com/.

With a solid hardware version in hand, a software model could begin. Careful characterization and measurement of the hardware, along with a software model keeping the unique structure of the Moog FFB with its two stage design, has resulted in a software model that faithfully matches and follows that of the original. Adding some extra features, such as being able to direct the output of each cell to either the left or right channel, opens up additional possibilities that add to the charm, utility, and character of the filter.

The Pulsar 914 is simply put, a meticulous, spot-on implementation of the Inductor 914 Fixed Filter Bank. 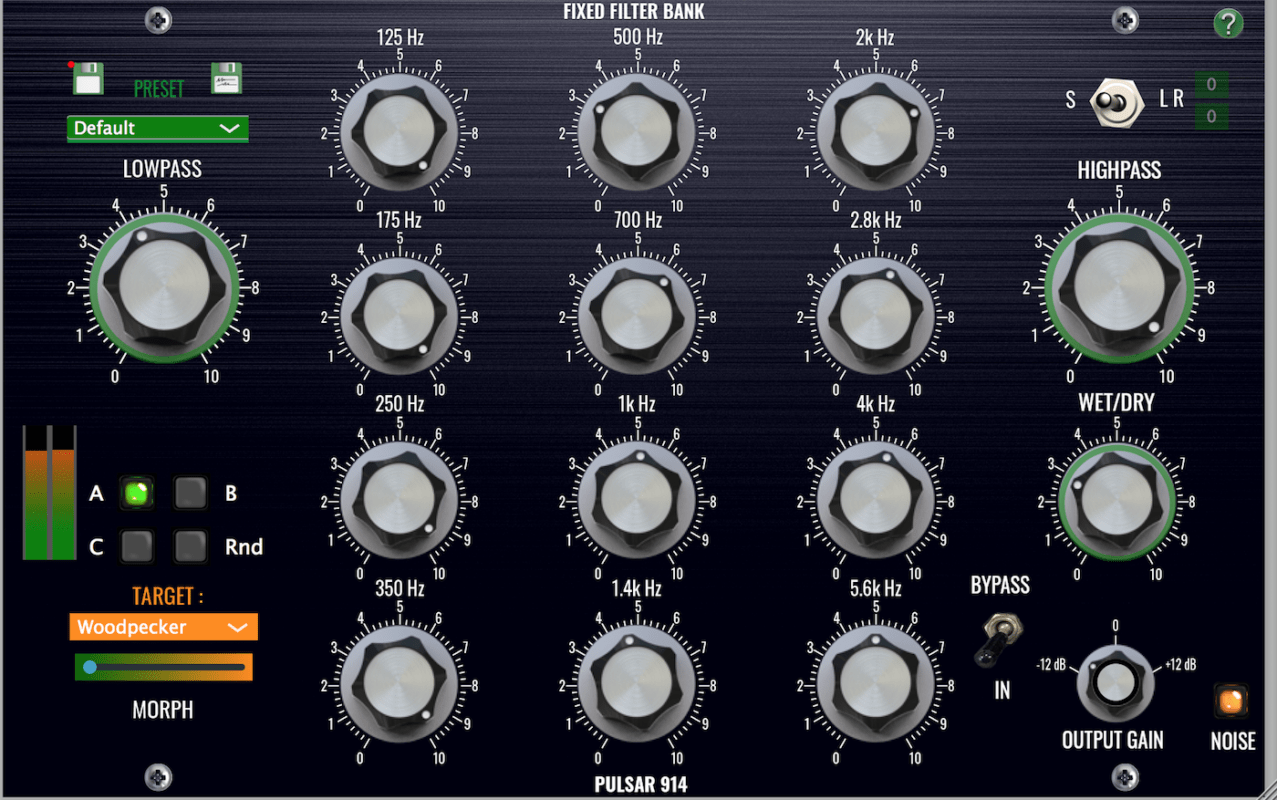 To start a 20-day fully functional trial, Press the "Add to cart (Demo)" button and complete the checkout. Follow the instructions you will get by email. No dongle required.

There are no reviews yet.

Be the first to review “P914 FFB” Cancel reply